So a friend recently sent me an email from a co-worker of his.  In the email was the co-workers social media post about his first race.  Basically they were going fast (20mph-ish) and he got dropped,  than he quit half way through the road race.  My initial reaction was WTF?!?! I mean ONLY going 20mph?!?! That is just a warming up pace around these neck of the woods.  What really got me though was the quiting part.  For crying out loud people if you do a race finish the bastard!  Even if you get dropped you will still be going harder than you would be by just riding by yourself.  Call it training.  Call it trying to suck less next time (see previous post).   Granted there are times when you can not finish a race.  You have a crash 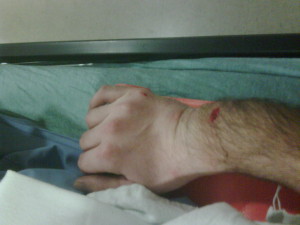 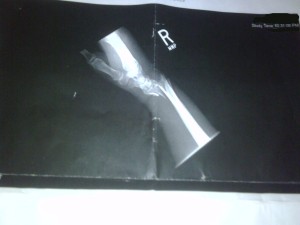 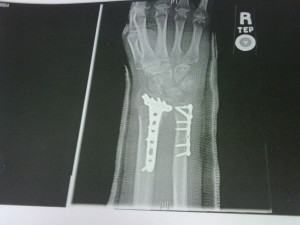 or you have a mechanical.  But just to up and give up is douchy!  I understand if you are a pro and there are tactics at play.  But come on now. We are all armchair bike racers.  Finish the damn race.

But this got me thinking (nothing good happens when I think).  I have to give this guy props.  Not props for QUITING but props for even starting the race.  I don’t know the guy, but my understanding is that he is not new to cycling but new to racing.  It is a HUGE jump from bike riding to bike racing.  You can ride, ride, and ride some more and think you are riding well.  You than line up for your first race and bam! off the back you are.  It happens that fast.  Puts you in place real quick that is for sure.  It does take balls (girls included) to toe the line for a race.  It is intimidating as hell.  It is scarey as hell, at least for me.  If you toe the line at a race you just moved to a totally dfferent level of bike riding.  It does not matter where you finish.  You toed the line.  Yes it may not be for everyone but why not give it a shot!

My first bike race was a state championship road race.  I was 13.  My dad drove 2 ½ to this race. We left the house at  the ass crack of dawn.  I just got my racing license in the mail the week before.  I had to do this thing they call a rollout.  What the hell is a rollout I thought  (http://lmgtfy.com/?q=usa+cycling+jr+rollout )?  Needless to say I had to adjust some of my gearing.  I found a teammate at the race and we took off my big chainring.  I toed the line not really knowing what was about to happen.  The official started us and holy shit!!! The pack of us, 10 or so juniors, took off like a bat out of hell.  I was immedialy off the back.  I rode that whole damn course by myself.  It sucked, but it also made me to ride more. Ride harder.  To train more.  After that I had some success as a junior on the local level.  Things got put into persepctive again on a national level when I was 17 and 18.  I went to the junior nations those two years.  I towed the line with the likes of Kevin Livingston and George Hincapie.

I got dropped than too.  HARD!  But one thing I have never done is quit (unless I crashed and could not get back up)!

This entry was posted in Uncategorized. Bookmark the permalink.